“Here is my secret. It is very simple: it is only with the heart that one can see rightly; what is essential is invisible to the eyes”. So said Antoine de Saint Exupéry’s Little Prince, and he was right.

Many of the things that are essential to our lives, friendship, trust in others, values, freedom of being and doing, even the air that we breathe are invisible to the eye.

Yet very few would say that these things have little value, while many would do anything to find a faithful friend, to fight for a cause serving humanity or to live in a place where others trust you and you trust others. 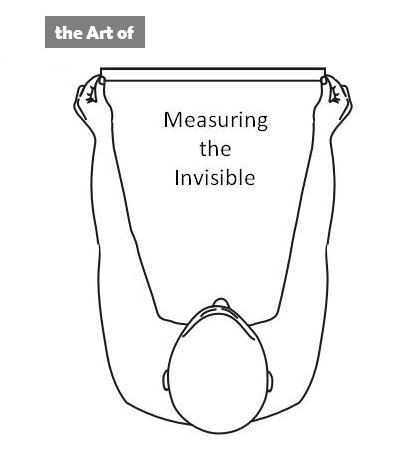 Measuring well-being, an endeavour that more and more scientists over the world, as well as policy organisations such as the OECD, pursue seriously and systematically, is to some extent the Art of Measuring the Invisible. Measuring well-being starts from the recognition that what has been classically measured to guide policy-makers towards better lives for their citizens misses a great deal of stuff.

One of the reasons behind the failure of accounting for what matters is because it is objectively harder to measure the invisible than to measure goods exchanged on a market. Prices do send a signal, albeit a noisy one, of whether people prefer smart phones to a first class Eurostar journey, or pizza to Chinese noodles. But there is no market for friends nor for ensuring that next time you lose your wallet in the street, your neighbour will return it to you with the money intact. But after all, a market or a financial transaction are just conventionalmechanisms ensuring that one can get exactly  what is wanted and needed. Conventional because humans have created them from scratch; value for money is not built in to our brains any more than trust, altruism and social preferences are .

Measuring better lives through the well-being lens is not about creating new markets but it is partly about inventing new conventions and instruments for valuing aspects of lives and living that are associated with higher life satisfaction, lower crime and even stronger economic growth.

Why is it important to do so? Well essentially because we should measure what we really value and what we ultimately want to get, while at the moment it is largely the other way round, i.e. we are getting mainly what it is readily possible to measure.

Measurement conventions should be challenged if we want to drive change in what surrounds us, but also to preserve the things which matter the most to us.

The Better Life Initiative starts from this point. It builds on years and years of research and work from over the world around the art and, increasingly, the science of measuring the invisible. It quantifies the invisible by providing evidence on what makes for better lives. This evidence, which is grounded in sound statistics collected by countries around the world, is complemented with information on people’s views on better lives as shared by people preparing their own Better Life Index. The Better Life Initiative is an instrument to make better lives possible. Not only can this instrument inspire and guide policies but it can also catalyse and spur human and social actions in quest of better lives.

“Mortality, the Social Environment, Crime and Violence”, Sociology of Health and Illness, 20:5, 1998

“Does social capital have an economic payoff? A cross-country investigation”, Quarterly Journal of Economics, 112:4, 1997