“The sinews of war are infinite money”. So said statesman Cicero. As the campaign for the American election begins, it seems the sinews of politics are equally tied to effective fund-raising. The costs of the 2012 American presidential election are set to reach record amounts, if they follow an established pattern of increase: $343.1 million in 2000, $717.9 million in 2004 and more than $1 billion in 2008. Voter turnout, however, has failed to reach 60% since the 1960 election and its 63.1% voter turnout. Several other OECD countries face similar bleak results and elections at the European level represent a democratic challenge. With an overall turnout of 43%, the 2009 European elections had the lowest ever score since direct elections for the Parliament started thirty years ago.

So why don’t people vote? And how to get them to vote? People do not vote either because they cannot, the “willing but unable” (because of language barriers, disability or socio-economic status for example); or because they have no desire to so, the “able but unwilling” (no time, no interest in politics). Solutions for the first group involve straightforward practical measures such as providing multi-language information. Regarding the second group, governments need to focus on relevant issues and better understand people’s evolving needs. This is especially relevant when we consider the impact of socio-economic status on voting behaviour. 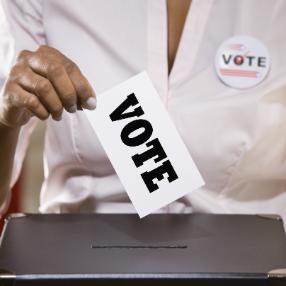 Participation in representative elections is the basis of democracy and voter turn-out is a relevant indicator of social cohesion levels. It is also a key component of government legitimacy, as elections allow for the transfer of power from citizens to their representatives. As such, low voter-turnout has often been seen as a warning shot against the ruling elite, and the fact that younger people are less inclined to vote is revealing. Voters’ attitudes towards politics are changing and there is a growing belief that governments are not responsive to citizens and that voting is of no use.

This could lead to two options. The first is globalised indifference towards politics and a progressive state of complacency of citizens within a pacified public sphere. The French philosopher Alexis de Tocqueville feared that once political and economic freedom were acquired, people would focus on the private aspects of their lives and no longer participate in public affairs. “Over this kind of men stands an immense, protective power […] Why should it not entirely relieve them from the trouble of thinking and all the cares of living?”.

Yet, new movements of civic participation have emerged, as a complement to traditional democratic tools, from the “Arab Spring” and “Maple Spring”, to “Occupy Wall Street” and the “Indignados”. With all these social and political movements appearing, it is no surprise “The protester” was elected person of the year in 2011 by Time Magazine. Is this path, with civic engagement and citizens reclaiming their democratic rights in the most direct way possible a sustainable alternative to traditional politics?

“Occupy Wall Street” was launched a year ago and the slogan “We are the 99%” echoes a basic democratic struggle: why should a tiny minority possess the nation’s wealth, and consequently an important share of power? This egalitarian ideology certainly matches democracy’s root definition, that is “government of the people, by the people, for the people”. Yet, consensus-based decision can lead to no decision at all and one cannot help but wonder what this movement, amongst others, has really achieved. Revolutionary sparks and desires for a new model of society have attracted many, especially amongst the young, and led to numerous analyses of shortcomings of the present situation. The real challenge is what to do next. Leaders must emerge in order to give direction to this “spirit of revolt without a revolution”, as Slavoj Žižek of The Guardian puts it. Whether requiring specific improvements or a whole new social and economic order, a programme and political agenda should be set up. And then, we could vote on it.