“Measure what is measurable, and make measurable what is not so.” wrote Galileo Galilei, the 17th century Italian physicist, mathematician and astronomer often called the “Father of Modern Science”. But just how do you measure people’s general happiness and satisfaction in life? For a start, what is important in life seems very different for all of us – for Albert Einstein “a table, a chair, a bowl of fruit and a violin” were the ultimate recipe for happiness; while for Jane Austen it was an adequate income, for Leo Tolstoy “the link between man and nature” and for Albert Schweitzer “good health and a bad memory”. 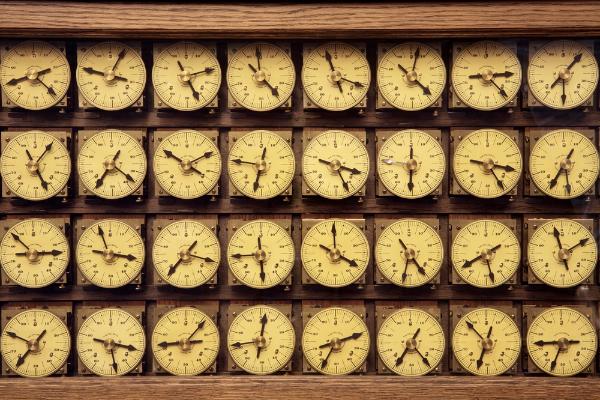 What is striking about such definitions is that they are very personal, might change from one day to the next and do not give much of a clue to what in general would contribute to better lives for humanity. For much of the 20th century, economy and science played safe, taking the view that you could not go far wrong if you measured in terms of monetary value, immune to the vagaries of the human heart. So gross domestic product (GDP) measured the value of the goods and services a country produced, from corn to cars, coal to customer services, and measured progress by how far or fast it grew from year to year, and in comparison to other countries.

By the turn of the century, it was becoming clear that GDP was an increasingly inadequate tool even in purely economic terms; in a knowledge-driven Internet age, economic success depended on elements that were not being measured in GDP, such as the education level of the workforce, their health, and whether the whole system was sustainable in terms of the way we were using natural resources.

These questions were being asked even before the global economic and financial crisis of 2008, as it became increasingly clear that traditional economic measures were not really capturing what was going on in people’s lives – witness the realization that a decade of economic boom had actually widened the gap between rich and poor in many OECD countries, leaving those at the bottom of the scale relatively worse off than before.

When you get back to basics, economic growth is not an end in itself – the point of growth is to deliver better lives for people across society. Clearly GDP was not cutting the mustard, but what to measure instead? The OECD started looking at this question more than a decade ago with its project on Measuring the Progress of Societies; and work such as the Stiglitz-Sen-Fitoussi Commission in France, and more recently the Happiness Index in the UK is also feeding into the process.

The OECD’s work culminated in 2011 with the launch of the Better Life Initiative and the Better Life Index – a way to look at what life is actually like for people by measuring 11 key aspects of life – not just income and jobs but their housing, environment, social network, work-life balance, personal security, education, health, whether they feel part of the democratic process and their level of satisfaction with life in general.

Everyone starts out with the same 11 elements, but can rank them according to personal preference to see how their country shapes up in terms of what matters to them. Some of the results have been quite surprising. Yes we are all different but overall, the same three elements turn out to be most important for all of us, regardless of where we live in the world. Health, education and life satisfaction consistently come out as more important across the more than 180 countries where people have created an Index.

So now you can see not just what the experience of the average person in your country is in terms of air pollution, education and so on, but also whether things are different for men compared with women, and how things change depending on whether you are at the top or the bottom end of the social and economic scale.

And the Index is expanding beyond the OECD – for 2012 with Brazil and Russia, but more countries will follow.

For 2012, the Index has become even more interactive – in addition to sharing your personal Index, you will be able to compare your Better Life view with that of other people, in your own country or elsewhere. And you will be able to add a comment to your Index to tell us what you like about it, and suggest new elements to be added.

Because behind the numbers, the point of the Better Life Index is to help develop the better policies that will deliver better lives for everybody. Or to put it in the words of Charlie Chaplin “We all want to help one another. Human beings are like that. We want to live by each other's happiness, not by each other's misery.”