Three traditional poles of the capitalist global economy – Japan, Europe and the U.S. – seem to compete for the largest public debt. Who’s the most fiscally irresponsible, and why, asks this article written by Craig J. Willy for the Bertelsmann Stiftung foundation .

In the medium to long-term, virtually all the major “traditional” developed economies face major challenges in terms of reducing public indebtedness. The Sustainable Governance Indicators (SGI) allow one to provide a unique analysis of how this plays out in specific countries using quantitative indicators and qualitative assessments. This piece will look at the cases of Western Europe, the United States of America, and Japan through the prism of the SGI. This will include looking at the raw debt figures, refinancing costs, and general economic growth prospects. 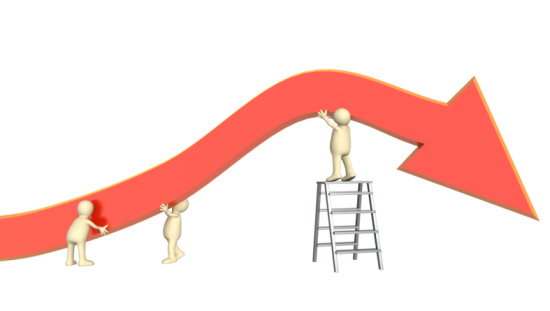 In terms of raw numbers, Japan is the country in the worst situation. Its public debt has already surpassed 200 percent of GDP and the deficit for fiscal year 2011 was of 10 percent, second only to the United States. Japan pays remarkably little interest on its national debt – a mere 1 percent of GDP in 2009 – largely because this debt is overwhelmingly owned by domestic institutions and individuals.

There is rising concern about the debt however because there are only grim prospects for improving the situation. Demographically, Japan is the oldest country in the world apart from  Monaco. Its growth outlook is extremely poor as the population and workforce shrink while the number of retirees swells. The SGI points out that “traditional gender roles remain influential,” undermining female workforce participation and contributing to the country’s extremely low fertility.

In not accumulating foreign debt, Japan has skillfully avoided many of the problems of excess indebtedness, notably financial instability and high interest costs. However the country looks to be approaching the limits of its system and may soon face the unenviable dilemma of raising taxes on an already growth-deficient economy or cutting government expenditure. However, in contrast to  countries like Greece, Spain or Italy, Japan has considerably better refinancing options due to its low interest costs.

The United States has an altogether different profile from most other developed countries in the reasons for its deficit build-up. In terms of budget outlook, however, the SGI sees the U.S. situation being close to that of Japan, at the lower end of the OECD scale and better only than Greece. American debt has surpassed 100 percent of GDP and deficits have tended to be around 9 to 11 percent since the financial crisis. This is partly due to industry rescue plans (“bailouts”), stimulus plans and economic stabilizers such as unemployment benefits. The SGI notes these may “have been fully justified” in the context of preventing the 2008 recession from becoming a Depression.

The chronic deficits however come from uniquely American characteristics. The SGI describes these as “in large part caused by Bush era policies, with tax reductions, especially for upper income groups, along with spending increases, especially for Medicare (prescription drug coverage) and the wars in Iraq and Afghanistan.”

These are genuine American exceptions. No other country finds itself so indebted because of not taxing the wealthy, an extremely costly healthcare system absorbing 17 percent of GDP (about twice as expensive as other developed countries), and military spending. On the plus side, this means the U.S. has a significant amount of “low-hanging fruit”. Theoretically simple actions could drastically increase revenue and reduce expenditure. If the U.S.’s tax revenue, health costs and military spending were brought into line with the OECD average, this would represent fiscal and economic gains of perhaps 15 percent of GDP. Admittedly this is a fantasy, but it shows the U.S. has considerable room for maneuver fiscally.

In practice, however, despite a notional bipartisan consensus to reduce the deficit, improvement appears unlikely. As the SGI notes: “both parties have ruled out broad tax increases, the bulk of spending occurs in untouchable programs such as health programs, pensions and defense and net interest payments.” It laconically concludes: “The politics of such adjustment processes are unpredictable.”

American politics – characterized by intense polarization and difficulty to reform due to the power of vested interests in financing politicians’ campaigns – means improvement is unlikely. However, America’s problems are mitigated by other factors: relatively good economic growth prospects thanks largely to demographic growth (due to massive immigration and high fertility for a developed country) and because of the dollar’s preeminent role in the international economy.

The latter means that the U.S. is likely to continue being able to refinance itself through its central bank, the Federal Reserve, if need be, and also provides it other, difficult to quantify advantages (U.S. businesses can work abroad in dollars, the U.S. does not have to pay a higher price for oil when the dollar falls because these are pegged to dollars).

The situation in Europe is, typically, rather more complicated. The continent includes among the best performers (Norway, Sweden, Switzerland) and the worst (Greece, Ireland). In terms of growth prospects, Europe is at a middle way between Japan and the U.S., having relatively low fertility (EU average of 1.6) and some immigration.

In terms of debt and deficits – despite what the headlines might suggest – Europe is in fact in on average in a better situation than the U.S. or Japan. In 2011, EU nations on average had both less debt (82.5 percent to 103 percent) and deficits (4.5 percent to 8.6 percent) than the United States. As research by the OECD has pointed out, European economies would require significantly less fiscal consolidation to reduce their debt to GDP ratio to 50 percent by 2050.

However, Europeans’ relative fiscal discipline is undermined by two major factors. The first is the relatively high interest costs that Europeans, especially eurozone members, pay for their public debt. As the SGI indicate, in 2009, even relatively virtuous Germany dedicated 2.3 percent of GDP to interest payments, significantly more than the U.S. (1.5 percent) and Japan (1 percent), despite the fact that those countries have significantly more debt. Countries not trusted by the markets – notably Hungary, Italy and Greece – saw over 4 percent of their economies absorbed by interest payments.

The second problem has to do with the eurozone crisis. In addition to the crushing refinancing costs of certain states, the threat of default and capital flight are making impossible any return to business confidence. Europe’s fiscal prospects would improve significantly if the eurozone can be successfully reformed. This would include the reduction of interest rates (through the restoration of confidence, debt pooling or action by the ECB) and commitments to durably reduce (or eliminate) deficits.

The three traditional poles of capitalist global economy all then face discouraging outlooks in terms of public debt. Though they share many similarities – welfare states, aging populations, declining productivity growth – they have many differences in the degree and nature of their problems. The case of Japan appears particularly intractable, with any improvement requiring quite drastic changes in social norms or higher taxes.

In the cases of Europe and America, the situation is less dire, but opportunities for improvement are mired by political obstacles. Economists can make their projections and best guesses. But whether the “sacred cows” of American politics can be touched to redress their finances or whether Europeans can get past their national taboos to create a viable eurozone, remains deeply uncertain, regardless of one’s models.

The Bertelsmann Stiftung is the largest private operating non-profit foundation in Germany, created in 1977. It works towards improved education, a just and efficient economic system, a preventative healthcare system, a vibrant civil society and greater international understanding. The Bertelsmann Foundation is independent and nonpartisan. Its Sustainable Governance Indicators (SGI) are a cross-national survey of governance in the OECD that identifies needs for, and the ability to carry out, reform. It highlights forward-looking practices and offers full access to its data set. The indicators are based on quantitative data from international organisations such as the OECD, Eurostat and the World Bank, and qualitative assessments from recognized country experts.