We all know that good health is important to a good life – and as the Roman poet Juvenal made clear some 2,000 years ago, that means physical and mental health. “Mens sana in corpora sano” (a healthy mind in a health body) was his recipe for a long and happy life. The importance of both aspects of health is just as true today. At any given moment, around 20% of the working-age population within the OECD suffers from a mental disorder – the most common being depression, anxiety or substance-use disorders.

Mental health issues and physical poor health are also closely linked. According to a recent report, health-compromising behaviour such as binge drinking, smoking, illegal drug use, unhealthy diets or unsafe sex could be a way of coping with stress or anxiety. Young people are particularly vulnerable: a recent Australian study published by the British Medical Journal Open (BMJ Open) found that  one in 10 teenagers with mental health issues also drinks, smokes cigarettes and uses cannabis on a weekly basis. Teen years can be particularly challenging and 75% of all mental illnesses develop before the age of 24. This reveals the importance of dealing with mental illness at an early stage in life, to prevent school failure and later consequences on one’s professional and social life. 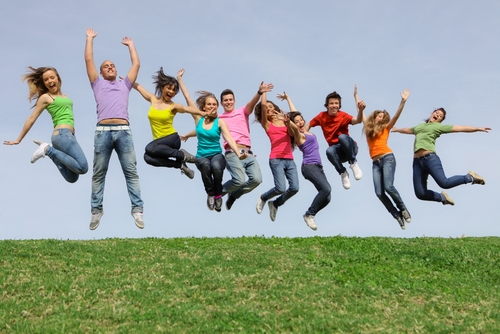 In addition to the compelling human reasons for offering adequate care and treatment for those suffering from mental illness, there are also strong economic arguments for paying attention to this healthcare issue.  Mental ill-health is also at the heart of labour market policies, as it represents significant costs for individuals, employers and the economy. According to an estimate from the International Labour Organisation, the costs of mental ill-health represent around 3-4% of the European Union’s gross domestic product. People suffering from mental disorders tend to face greater difficulty in entering or staying in the workforce. Workers with severe mental disorders need sustainable help to reconnect with the labour market while others suffering from more common forms of mental disorders, struggle at their workplace. Beyond the loss of potential labour supply, mental disorders are associated with a higher incidence of sickness absence and a risk of reduced productivity at work.

Although so many of us suffer from a mental disorder at some time in our lives, and while the importance of mental health and well-being at work is slowly being acknowledged, many people still feel uncomfortable about health issues. A 2009 survey in Britain showed, for instance, that people find it more difficult to admit to a mental health issue than a drink problem or to going bankrupt. Mental disorders still represent a taboo, which has been neglected for too long.