Did you know... that seniors read up to three times faster on an Ipad than on paper books? Or that 50% of the people who use Kindles are over 50 years old? Despite a general belief that new technologies are the privilege of the young, age and innovation are not necessarily opposed. New technologies are now clearly adapted to seniors’ needs and represent a source of progress in maintaining both health and independence at an advanced age. 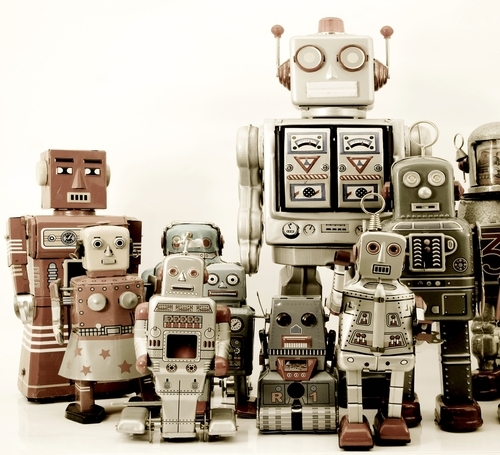 By 2050, the total OECD population of over 65 year-olds, will reach 26%, while it was only 9% in 1960. The 80 years old and more will represent 9.4% of the total OECD population. One conclusion to be drawn is that seniors represent an increasing share of the market. Kindle, Nook e-reader or iPads are of particular interest to seniors or others with impaired vision. Cheaper than large print books, they are also easier to handle and not as cumbersome. Beyond mercantile considerations, another conclusion can be drawn from this figure: that as a society we must find answers to seniors’ medical and social needs.

New technologies represent a welcome step towards progress in medical care. Demand for long-term care, both in nursing and residential homes and at-home services, is increasing, while researchers forecast shortages in physicians, nurses, epidemiologists, health-care educators, and administrators, particularly in rural areas. New technology is helping the elderly live independently for longer. Medical benefits include the prevention of pathologies and of disability. In the field of visual impairment for example, research in the development of artificial retina devices and implants in the brain may help fight vision loss. Technology can also make daily life much easier; take something as simple as online shopping and home delivery via the Internet. More sophisticated technologies involve motion sensors and robotics delivering home security and surveillance monitoring. This enables ageing people to live at home if they want to, with a surveillance system which will alert caregivers when necessary, if they fall for example. Rehabilitation robots can also help with tasks such as lifting and washing patients, assisting nurses and health-care staff in these testing assignments.

One other challenge linked to an ageing population is combating social isolation. Here again, new technologies are set to provide solutions. Computers are being introduced in nursing homes to alleviate feelings of loneliness and isolation and social media can facilitate contacts with family members and friends. In March 2012, users aged 50 to 64 made up nearly a quarter of Facebook’s audience, according to research firm Nielsen. In this case, social interactions between human beings are facilitated by new technologies. But could new technologies replace human companionship? Meet PARO, a baby seal robot developed by the Japanese National Institute of Advanced Industrial Science and Technology (AIST) for therapeutic purposes. It can talk to and entertain the user through mimic and movement. This is only one example. Mitsubishi Heavy Industries is working on a communications robot, Wakamuru.

So could these robots one day replace human care and interaction for our senior citizens? Or is this a worrying assessment of something gone terribly wrong in the way we perceive ageing in our societies? This is probably the topic of a much deeper debate, one on our needs and what makes us human beings. In any case, programmes are underway to push the boundaries of artificial intelligence towards that which defines us as human. A project, such as The Painting Fool introduces the notion of machine creativity with a computer program designed to “exhibit behaviours that might be deemed as skilful, appreciative and imaginative”. Companionship, emotion and skills for the elderly, provided by machines. Could this be the downside or the way forward for the future challenges of new technologies?