How can we tell whether or not the economy is making progress? There are many obvious markers of progress over time, from improved life expectancy to access to innovative technologies such as the internet and mobile phones, all of which have contributed to a rise in living standards over the decades. Yet there is also now quite a widespread sense that progress has halted or even gone into reverse. The aftermath of the financial crisis and lacklustre recovery help explain this. So does concern about inequality of incomes, and the concentration of income growth among the already well-off. There is also the question of the price paid for growth in terms of its environmental impact.

Do these question marks mean the conventional indicator of economic success, Gross Domestic Product (GDP), is no longer adequate? GDP certainly tells the story of economic progress well over the long term. The historical estimates of GDP per capita constructed by Angus Maddison and published by the OECD show the very slow pace of growth for many centuries before a modest acceleration in northern Europe from the Renaissance on, and the exponential growth of Britain’s Industrial Revolution. The figures show other western economies catching up in subsequent decades and, recently, China and India. 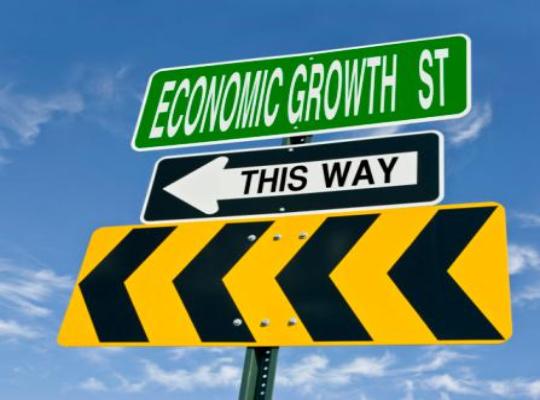 Yet GDP has many drawbacks. Some of these are well-known, and were debated during the 1930s when economists like Simon Kuznets and Colin Clark were collecting national income data. There was a vigorous debate then about whether to try to measure society’s welfare or simply economic activity. The latter argument prevailed, because of the Second World War; governments needed to plan for war production and calculate the sacrifice consumers would have to make in terms of their spending. GDP is the sum of total value added in the economy, or total incomes, and involves a large number of assumptions or conventions. For example, government consumption is included even though it is not a market transaction, whereas housework is not.

Many “bads”, from spending on security or activities that cause pollution, are included; many “goods”, notably the huge benefits consumers gain from variety and innovation, are largely excluded. GDP puts equal weight on spending for current consumption and investment spending; it is no use as an indicator of sustainability, or whether future generations will be at least as well off as we are.

Given these drawbacks, should GDP be abandoned or adjusted? I think not. Macroeconomic policy requires a measure of total economic activity. However, economists and policy-makers ought to stop using GDP growth as a shorthand for society’s overall economic welfare. That is better measured by a ‘dashboard’ approach, such as the OECD Better Life Index. While these need further development, they have the great advantage of showing the separate elements that contribute to social welfare, and the trade-offs between them.

Finding good indicators of sustainability is an even bigger challenge. We can never know for certain how future generations will be placed because of the inevitable unknowns, such as technical and behavioural change. However, looking at whether we are adding to or depleting assets, from natural resources to human capital and infrastructure, would be an important tool for directing attention to the long-term consequences of current choices.

Meanwhile, GDP is a well-understood and useful measure of how the economy is doing in the short term – as long as we remember its origins and its limitations.

Diane Coyle runs the consultancy Enlightenment Economics and is the author of GDP: A Brief but Affectionate History. She has been appointed Professor of Economics at the University of Manchester.

The World Economy by Angus Maddison