How do you cope with a hard winter? Turn up the heating? Put on warmer clothes? Or come out of the forest and start eating your neighbours’ reindeer? A state of emergency has been declared in the Yakutia (Sakha) republic, in the northeast of the Russian Federation, because hungry wolves have been attacking an increasing number of the reindeer that local herders rely on for their livelihoods. Wolves killed more than 16,000 reindeer in 2012, costing the herders an estimated 150 million roubles (3.7 million euros). So the local government has declared open season on wolves– with a cash prize for whoever kills the most.

A salutary example that what matters to people, and why they turn to government for help, varies enormously, from a good health or education system to keeping the wolf from the door – literally, if you are a Sakha reindeer herder. 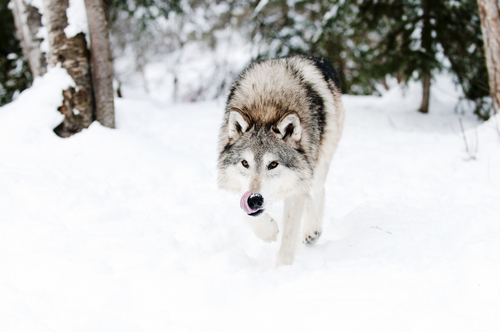 But some principles hold true when crafting policies that will deliver better lives, whether local, national or international. Any policy needs clear goals – in Sakha, to reduce the wolf population to 500 from the current 3,500, considered sustainable for both wolves and their human neighbours. And you need to be able to measure results -- in the case of Sakha a cash prize for the hunter who kills the most wolves, a definite encouragement to deliver proof of your hunting prowess to your local wolf count officer.

At the other end of the policy scale, the Russian Federation government is working to deliver policies that produce results for all citizens wherever they are living. Jobs and personal security are not always under threat from wolves, but policies need to deliver what citizens need, from health to jobs, roads to education and clean air. And governments need to be able to measure results, as well as knowing what their citizens consider important.

The Russian Federation has been included in the OECD Better Life Index (BLI) since 2012. This enables citizens to compare the Federation’s performance in key areas of life such as health, education, and general life satisfaction, as well as more traditional economic measures such as income. Now the BLI is available in Russian, prepared in partnership with RANEPA – the Russian Presidential Academy of National Economy and Public Administration. So Russians can create their own Index, depending on which of the areas covered is most important to them, and see how their country compares with others. The BLI in Russian will be officially launched at the Gaidar Forum in Moscow this week.

The Russian Federation is a longstanding partner of the OECD, and currently on the way to becoming a member. It already participates in OECD work in a number of areas – it became a signatory to the OECD Anti-Bribery Convention in 2012 and a member of the OECD Nuclear Energy Agency on 1 January 2013.

As president of the G20 for 2013, Russia has identified as its priorities achieving growth through:  quality jobs and investment; trust and transparency; and effective regulation.

All this serves as a salutary reminder that creating better policies for better lives is a complicated business at all levels, whether local, national or international. And that whatever the problem, whether it is rescuing your reindeer from wolves, fighting corruption or kickstarting the global economy, you need to know what you want to achieve and whether you are getting results.

Discover the Russian version of the BLI

Find out more about OECD work on the Russian Federation

(And if you want to know more about the Sakha wolves: Wolf threat grows in Yakutia, The Voice of Russia; Russia: Raids by wolves spark 'emergency' in Sakha, BBC News).