As NASA’s rover, Curiosity, reveals proof that water, a “key ingredient for life”, once ran on planet Mars, questions emerge that go well beyond David Bowie’s enigmatic song title. If water was present on Mars for “thousands or millions of years”, what happened to cause desertification and replace vigorous streams with pebbles and gravel? And most worryingly of all, could planet Mars offer an insight into what awaits  planet Earth? 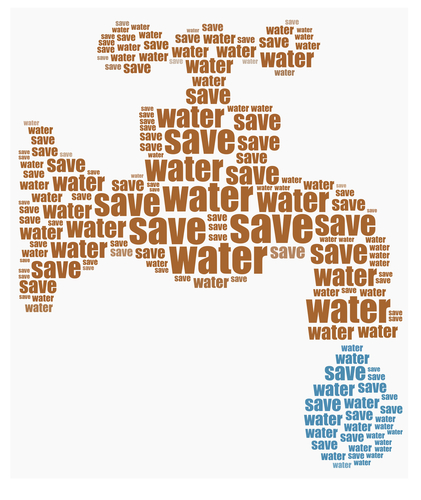 Water is one of our most precious commodities, vital to survival, and yet one that we are still struggling to manage properly. On the one hand, water access has been recognised as a basic human right, yet  more people die from unsafe water than from all forms of violence and 2.6 billion people live without access to sanitation. And pressure on water resources is increasing, not only because of a growing world population. Overall water demand is projected to grow by some 55% by 2050, notably for manufacturing purposes (+400%). In this context, the efficiency of water resources management, to meet the rising demand for water in an equitable manner while facing stronger pressure on resources and a greater risk of shortage, is the challenge we must face.

Where we have adequate supplies of safe water delivered to our door, we should not take it for granted. An estimated 20% of water is lost between reservoir and tap in OECD countries, trickling out of pipes and reservoirs along the way – wastage of a precious resource that we can ill afford. The Better Life Index tackles the issue of water in two indicators: satisfaction with water quality and access to basic facilities. Some 85% of people in OECD countries say they are satisfied with water quality, on average. In terms of basic facilities, 97.8% of people across the OECD live in dwellings with private access to indoor flushing toilets. Maintaining these high levels of performance and satisfaction comes at a cost, however. Investments just for rehabilitating existing networks in OECD countries could reach between 7.5 and 9.2 trillion dollars between 2008 and 2050.

Who, then, is best suited to manage, and invest in, the water sector? Countries with varying levels of national income have engaged in a long-standing and often passionate debate on the privatisation of water. While defenders of privatisation argue that the private sector can solve public shortcomings by using free market principles, adversaries of that theory will on the contrary evoke the special case of water, and the need for its access to be guaranteed by governments.

Countries have adopted different stances. In Sweden for example, water companies are not allowed to make profit out of their activity, confirming the commodity’s particular nature. A law banning privatization of public water supply in the Netherlands was passed in September 2004. In many other countries, however, there is private sector participation in water management. This is the case in France, Germany, Spain and Mexico for example. In other cases, there is full privatisation but with strong regulation, as is the case in England and Wales. Although sometimes vehemently criticised, private initiatives are largely to be thanked for the establishment of modern water supply systems. Furthermore, in some developing countries, the introduction of private operators reduced the amount of wasted water to less than 15%, in line with the best-performing utilities.

The existing regime of space law tells us that Mars belongs to the “common heritage of mankind,” a definition that echoes the recognition of safe water as a human right by the United Nations. But with rights come responsibilities – if we do not want to become like Mars, the future of water use will need to be handled with care.