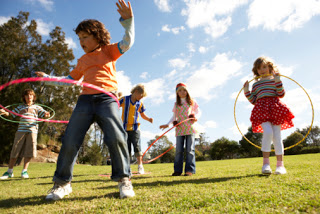 On the International Day of Happiness, 20 March 2013 the OECD released a detailed set of Guidelines on Measuring Subjective Well-being. This is essentially a handbook for statisticians involved in collecting and publishing information on subjective well-being (measures of life satisfaction, happiness, and similar concepts). All of this, one might think, sounds very worthy, but extremely dull. Why does the release of the Guidelines matter, and why should anyone not professionally obliged to wade through statistical manuals care?

There are two reasons. The first relates to what the Guidelines signal in terms of the wider agenda on measuring progress. One of the main reasons that Gross Domestic Product (GDP) retains such a high profile as an indicator of progress is that it is collected in the same way across countries. The international standards that are embodied in the System of National Accounts, or SNA provides a common framework to ensure that when we compare the GDP of two different countries, such as Iceland and Chile, we are – so to speak – comparing apples with apples.
Most measures of the non-economic aspects of well-being lack such a common measurement framework. In 2009 the Sen/Stiglitz/Fitoussi Commission highlighted that it was important that measures of quality of life “move from research to standard statistical practice”. Similarly, the OECD’s How’s Life report in 2011 argued that the statistical agenda ahead for measuring well-being must involve standardising the measurement of quality of life. The OECD Guidelines represent a crucial first step towards indicators of quality of life that are as robust and comparable as GDP.
The second reason why the Guidelines matter is that, if national statistical agencies respond to them by starting to collect comparable data, it has the potential to revolutionise our understanding of subjective well-being. Currently most of what we know about measures of subjective well-being derives from academic research and public opinion surveys with small samples (often as low as 1000 people). By way of contrast, official statistics tend to involve survey samples in the thousands, tens of thousands, or even hundreds of thousands. For example, the UK Office for National Statistics collected information on subjective well-being from over 165,000 respondents in the annual population survey in 2011/12.
The last ten years has seen the measurement of subjective well-being take a central role (having been a niche academic interest) in work to better measure the progress of societies. With high quality official statistics on subjective well-being coming on stream over the next few years, the next decade promises to be even more interesting.
Conal Smith