What makes for a better life? This is one of the most serious questions of our time. In fact it is one of the most serious questions of all time. Throughout history mankind has grappled with this question: from Plato questioning “the right way to conduct our lives” to Descartes’ grand proclamation of cogito ergo sum; to the American Constitution with its pursuit of happiness right through to Bobby Kennedy’s assertion that the way we count national success using economic growth “measures everything, in short, except that which makes life worthwhile.” 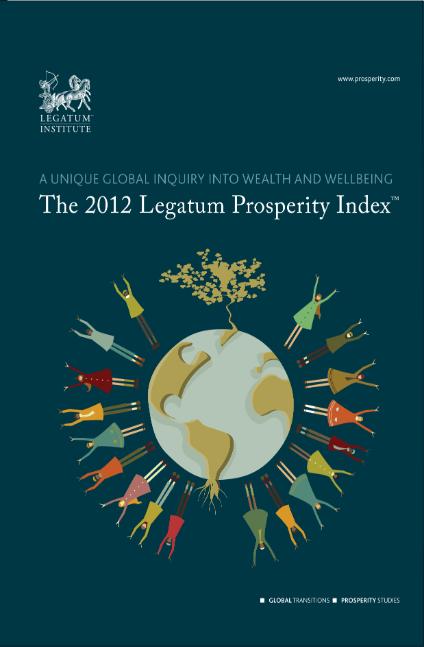 For some people the key to happiness lies in the accumulation of material things. The desire to earn more money, to gain more power, to increase one’s  status brings with it the promise of a better life. But if history teaches us anything it is that as our possessions increase, so does our desire for even more.

Does money bring happiness? Academically speaking, the answer to this question has, for a long time, been no. The Easterlin paradox is the theory that economic growth in a country does not result in greater happiness for its citizens beyond a certain level of financial comfort. But the theory is being challenged. Two recent papers – the first by Sacks, Stevenson, & Wolfers, the second by Veenhoven and Vergunst – have argued that the wellbeing of citizens does, in fact, rise with absolute income and there is no cutoff point.

For a long time we have measured success purely in economic terms. Gross Domestic Product (GDP) was born in the dark days of the Great Depression as the post-war world struggled to find its feet. GDP fast  became the tool for measuring the economic progress of nations. But today there is a growing consensus that GDP alone is too narrow to capture a country’s overall success. This position has become known as the “Beyond GDP” debate.

Followers of this area of scholarship will be familiar with the rise of happiness and wellbeing in the discussion about national success. Academics including the LSE’s Richard Layard, Princeton University’s Daniel Kahneman and Angus Deaton, and the Brookings Institution’s Carol Graham have brought the study and examination of wellbeing into the mainstream. The latest addition to wellbeing studies is the Legatum Institute’s Commission on Wellbeing Policy, which will report in early 2014 on how to use wellbeing data in policy making decisions.

As yet, there is no consensus on what to include when we measure “beyond GDP”. Instead, we consider a range of indicators that include social factors, wellbeing, health, and more. However, in the absence of an agreed definition, the argument can be summarised as follows: national success and prosperity is about more than just money.

This is the starting point from which the Legatum Prosperity Index™ was created seven years ago. Economic growth is certainly an important part of a nation’s prosperity but so too is the freedom of its citizens, the quality of its education system, the availability of healthcare, and the presence of democratic institutions. By measuring both material and personal wellbeing, the Prosperity Index provides a complete picture of global prosperity.

The discussion that is currently taking place about moving “beyond GDP” is an important one. As Josef Stiglitz has said, “What we measure affects what we do. If we have the wrong metrics, we will strive for the wrong things.” And this is exactly why we must continue to strive for the right measurements of national prosperity because, not only will they allow us to track our progress and our development, but the simple act of measuring can itself change behaviours and outcomes.

And in the process of doing this, we must also recognise that there will always be limitations and constraints, particularly with regard to the data that is available to us. Sometimes that thing that we desperately want to measure may well be beyond our grasp.