Here’s one of the best ever openings to a paper in any academic discipline you care to name: “The economic changes that occurred in this country during recent years are sufficiently striking to be apparent to any observer without the assistance of statistical measurements. There is considerable value, however, in checking the unarmed observation of even a careful student by the light of a quantitative picture of our economy.” That’s Simon Kuznets in his unremarkably entitled 1934 paper National Income, 1929-1932. Three years later, he would present a report to the US Congress that formulated such a “quantitative picture”: GDP, a single measure of the size of a nation’s economy. 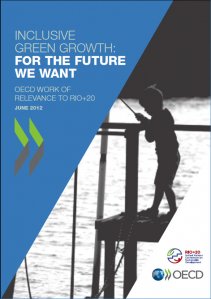 Before GDP was invented (and it seems such an obvious, natural measure it’s hard to believe both that it was invented and invented so recently) governments did have some objective data on the state of the economy on which to base policy. In the 17th century already, William Petty established the bases of national accounting, essentially for tax purposes, although his Political Arithmetick also has many other lessons that are still relevant today, for example on how “a small Country and few People, by its Situation, Trade, and Policy, may be equivalent in Wealth and Strength, to a far greater People and Territory”.

Despite the centuries separating them, Petty and Kuznets were responding to a similar need to understand a changing situation. Petty’s concern was that although money rather than barter was starting to dominate economic transactions, national wealth was still counted as it had been for centuries in terms of gold and silver. In Kuznets’ time, the US government’s role in the economy was growing after the Great Depression, but as Richard T. Froyen points out, its interventions were being guided by a sketchy set of indicators such as freight car loadings or stock price indices.

The beauty of GDP was that it included so many different things in a single figure, and despite the suspicion and even outright hostility any innovative approach attracts, it became the standard measure of national economies following the 1944 Bretton Woods conference. The main criticism was, and still is, that it is not a measure of well-being since production can increase while leaving most people no better off in any way. Kuznets himself insisted that GDP was a quantitative measure and not meant to describe the quality of growth.

Speaking to the OECD Observer in 2005, François Lequiller, head of National Accounts work at the OECD, also defended GDP as doing very well what it was designed for, but admitted that it left out a number of key topics such as environmental degradation. However, as he pointed out, it’s probably impossible to design a single GDP-like figure for a wider application that would reflect the many different aspects in any meaningful way, and including them in GDP would damage its usefulness as a measure of output. A suite of indicators is more appropriate in these cases.

The OECD’s Better Life Index follows this logic to allow citizens to establish their own measure of well-being. Users “weigh” 11 topics – community, education, environment, governance, health, housing, income, jobs, life satisfaction, safety, and work-life balance – to generate their own Index from a collection of 20 indicators. But even if growth is what’s being measured, a single figure may be misleading or too vague.

When OECD governments asked the Organisation to develop tools to support policy analysis and monitor the progress of green growth strategies, it was clear that by its very nature green growth is not easily captured by a single indicator, and a set of measures would be needed as markers on a path to greening growth and seizing new economic opportunities.

A database of green growth indicators has just been launched by the OECD, structured around four groups to capture the main features of green growth:

Colombia, the Czech Republic, Korea, Mexico and the Netherlands have already applied the OECD’s preliminary set of green growth indicators to assess their state of green growth, and Costa Rica, Ecuador, Guatemala and Paraguay are now doing so.

Apart from providing data on what we know, compiling the database also reveals a number of gaps in our information relevant to green growth, for instance on biodiversity, what’s happening at industry level, or monetary values to reflect prices and quantities of stocks and flows of natural assets.

Even where enough data exists, it may be difficult to combine them due to differences in classifications, terminology or timeliness, to allow cross-country comparisons for example. The system of national accounts pioneered allows such comparisons for national economies, and provides the inspiration for the System of Environmental-Economic Accounts (SEEA), internationally agreed standard concepts, definitions, classifications, accounting rules and tables for producing internationally comparable statistics on the environment and its relationship with the economy.

We can only guess what William Petty would have thought of such an exercise. As for Simon Kuznets, he anticipated it in his 1971 Nobel lecture, pointing out over 50 years ago that “the conventional measures of national product and its components do not reflect many costs of adjustment in the economic and social structures…” going on to cite “clearly important costs, for example, in education as capital investment, in the shift to urban life, or in the pollution and other negative results of mass production.”