"No man is an island entire of itself” – but what does this mean today, in the 21st century, with our competitive economies and virtual reality societies?

We know that GDP is flawed as a measure of how happy people really are. Many of our societies tend to be unhappier today than they were 50 years ago, despite being richer. Richard Easterlin in 1974, was one of the first economists to suggest that greater wealth in a country does not automatically translate into greater well-being. He more recently focused on the question of well-being in China, where the level of income per head has been multiplied by four over the past two decades, but where levels of well-being haven’t changed.

How can we explain this paradox? This is one of the main questions that came out of economist Daniel Cohen’s presentation of his latest book Homo Economicus at the OECD. One explanation is our capacity to adapt. This could be a positive but it also means we get used to wealth and comfort and so the benefits and positive impact of wealth rapidly dissipate. Another part of the problem is that our sense of wealth is comparative and not absolute. To quote Karl Marx: "A house may be large or small; as long as the neighbouring houses are likewise small, it satisfies all social requirement for a residence. But let there arise next to the little house a palace, and the little house shrinks to a hut.” We constantly compare ourselves to others: our friends, families or colleagues. Whereas the French tend to compare their own situation to that of their friends, people in the US generally focus on their work colleagues. As our reference group gets richer, we strive for additional wealth thus contributing to a more materialistic society. 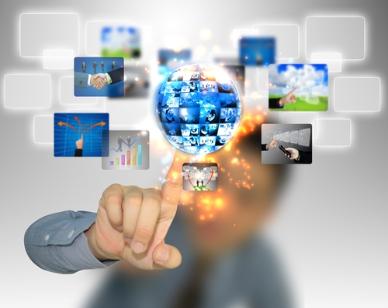 Daniel Cohen goes on to compare today’s society to that of the Roman Empire of the 3rd century, its loss of civic virtue and growing taste for ostentatious individual wealth rather than community spirit. Do we need to be part of a community to be happy? In Bowling alone political scientist Robert Putnam describes the demise of the American community as illustrated by the drop in the number of bowling leagues, despite a growing number of individual bowlers.This general decline in communal activities and social trust could, in turn, be responsible for an overall drop in well-being.

In his poem cited at the beginning of this article, John Donne (1572 - 1631), goes on to say “I am involved in mankind”. As are we all, of necessity. This is why “Community” is a key factor of the OECD’s Better Life Index.